DARE TO BE NAIVE

By about the age of twelve, I had become extremely proud of my mastery of sarcasm. Through my teen years, irony protected me from people that didn’t appreciate my intellect.

In my early twenties, I read David Foster Wallace’s essay about how televisual culture co-opts any criticism leveled against it with ironic self-reference, and I recognized the tactic. And I was moved by his idea that earnest feeling and unselfconscious truth-telling could be more constructive. 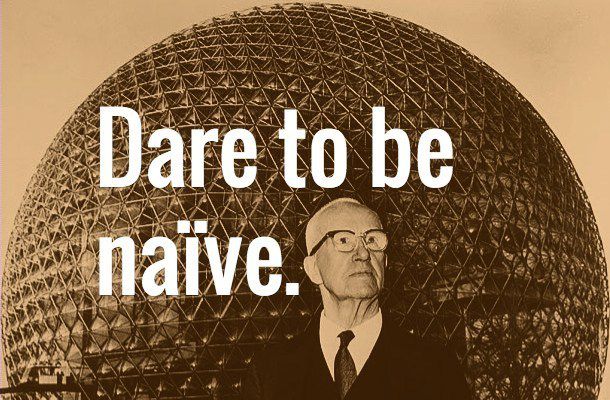 Not long after, I read some of Bucky Fuller’s books and interviews and again encountered the idea that naiveté and integrity could unlock growth and positive development in ways that irony and sarcasm could only close off and guard against.

But I’m learning to be stupid and ignorant.

It takes balls, because I can’t hide behind irony. There’s no way to brush it off when I screw up.

I can’t say it makes me a better person or that it’s going to result in amazing innovations that change the world. But it’s honest, and it gives me the freedom to learn from and explore life more fully.

That’s what happens when you don’t have to be smart anymore.

EVERYTHING YOU NEED TO START A BUSINESS

There’s a billion posts out there on the “must-have” tools you need to start a business and the “essential” traits of an entrepreneur… …and they’re basically BS. You don’t need 53 fancy webapps. You don’t need to find your passion (where... Continue →